Seamus, a tour guide with the Museum with many years’ experience, tells the story of …. the only existing electrical bulb most likely from the RMS TITANIC.

In the late 70s, early 80s, a Belfast gentleman came to the Museum. Dr. Philip Smyly, the museum curator at the time, met the gentleman who handed over to Dr. Smyly the electric bulb stating that it was from the RMS Titanic. Dr. Smyly was a little sceptical as the gentleman had no paperwork or documents indicating provenance of the artefact. Having researched and investigated this claim, it appears that, in fact, there is some truth in this story. The story as told by the gentleman….

The gentleman stated his father was a painter in Harland and Wolffe (Belfast) Ltd, shipyard in 1912.Whilst his father was finishing off some painting to the doors and cabinets of the interior, an electrician arrived and replaced a fitting overhead that was faulty. He put the old bulb back into the cardboard tube and turned to the painter saying something along the lines ‘here’s a souvenir of this ship’, not knowing how important that would be. The painter threw the encased bulb into his tool box and thinking nothing of it, left it in his shed at home. 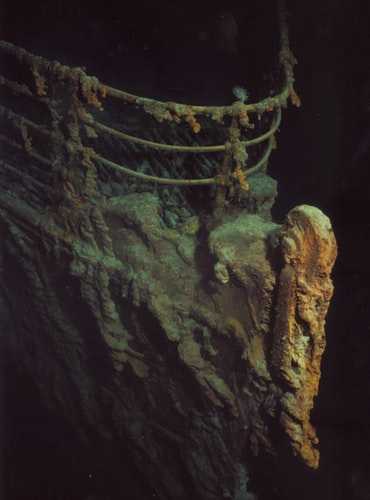 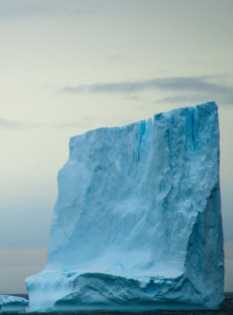 It was not until after the news broke of the sinking of the RMS Titanic that the gentleman’s father remembered the bulb. The bulb was brought in to the house and his wife made a special place for it in the china cabinet. The street where the painter lived was bombed by the Germans in 1941 and the house was damaged but luckily the china cabinet and the bulb survived.

One aspect of the story that puzzled Dr Smyly was the gentleman’s father who was in his 90s with failing health, gave instructions to his son that upon his death, the bulb was to be given to a museum with a maritime connection in Ireland.

Other aspects of this amazing story did not seem true, for example, the man gave his name and address (a document unfortunately lost or destroyed when the museum relocated) which was checked to ensure the validity of the story and it was discovered that he came from the wrong part of Belfast and he was the wrong religion. Harland and Wolffe did not employ Roman Catholics in the shipyard in 1912 at the time. If they did employ Roman Catholics, there was a risk they would be injured or maimed for life by their co-workers because of the troubles in the North.

However, having taken all the information and facts in to account, researchers in Belfast investigated and discovered that Harland and Wolffe did employ Catholics especially apprentices from as early an age as 14 years old, which would explain how this gentleman’s father worked for the company as a painter and managed to work alongside his co-workers.

Come and see our artefact from Titanic, even though some parts of this story may not be completely true or accurate, it is still a great story. It portrays and paints a picture of the social history and life during the troubles in Belfast, alongside Harland and Wolffe the biggest employer, RMS Titanic and a small electric light bulb.