This working optic is the light from Baily lighthouse in Howth, North Dublin. The lens, pedestal and weight driven clockwork rotation machine went into operation on the 1st January 1902. It has two faces; one set at 180º, thus giving two flashes every revolution.

The light rotates and floats on a trough of mercury, supported on a cast-iron pedestal. Mercury, a dangerous substance was banned for use in lighthouse services because it was stolen during the troubles and used for bombmaking. Mercury still operates on the optic in the Museum, it is sealed with oil to prevent evaporation and checked yearly by Irish Lights engineers to ensure it is contained.

Weighing in at almost 10 tonnes, the main problem the museum had was where to house such a heavy artefact. It was suggested that it could be placed in the centre of the floor of the museum and act as a centrepiece but because of the sheer weight it was placed on the altar with a retaining wall built underneath in the basement. 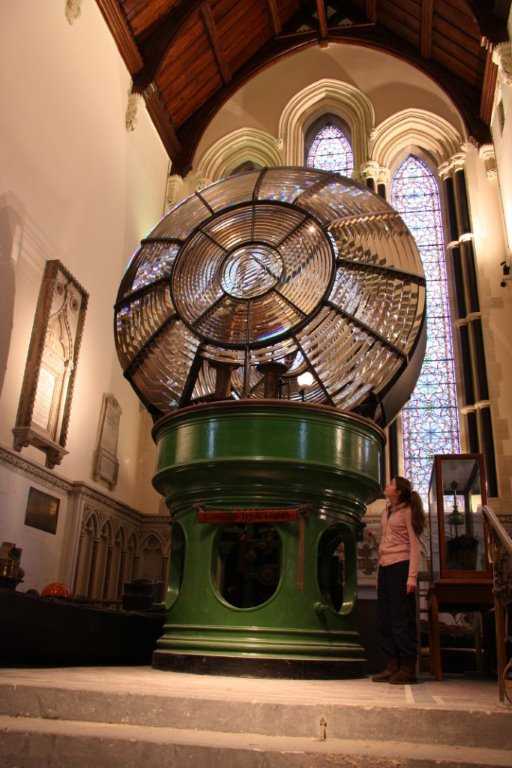 A great story of how we have (seemingly) an artefact from the RMS Titanic. Plenty of twists and turns..

For a small island, we’ve produced some memorable and courageous maritime figures. You can see some of them here