The One-Legged Sailor & the King 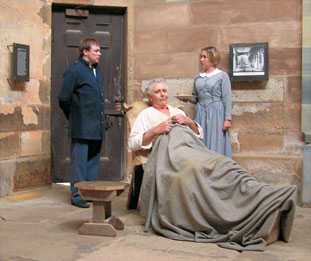 THE ONE-LEGGED SAILOR AND THE KING – Dennis Collins by Cormac F Lowth Throughout the year 1832, debates raged in the British Parliament at Westminster on the subject of Reform. Passions were aroused on the subject and there were heated exchanges which were reported in detail in the newspapers of the day. These reports were […]