There have been many points of contact in history between Chile and Ireland. It is in this context that the Chilean Ambassador to Ireland, Ms. Carla Serazzi, accompanied by the Second Secretary Daniel Mora, was received on March 3 by members of the Irish Maritime Museum.

Touring the permanent exhibition of this true jewel of Irish maritime history, there is a corner of Chile, dedicated to Bernardo O’Higgins and the fundamental impetus he gave to the nascent National Navy, at the dawn of the Chelian independence.

On the occasion, Ambassador Serazzi presented the Institute with copies of the books “No Return Guaranteed” published by the Directorate of Libraries, Archives and Museums DIBAM, which details the journey that recreates 100 years later the journey of Ernest Shackleton and the rescue led by Piloto Pardo of the Endurance crew, and the book “Natural Laboratories of Chile”. The possibility of exploring more about the historical ties that unite two maritime countries and creating cooperation ties was also discussed. 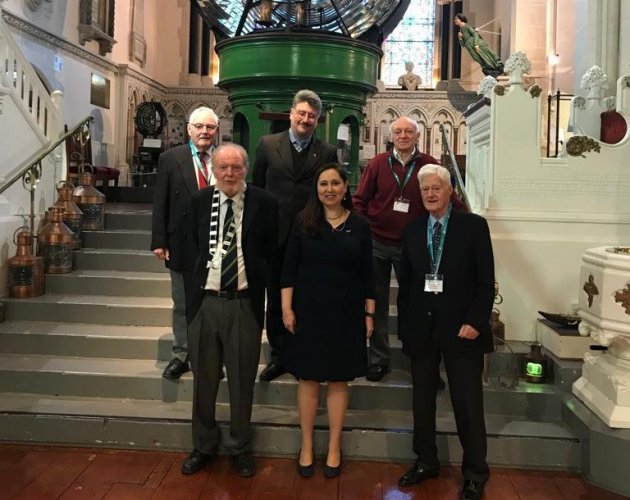