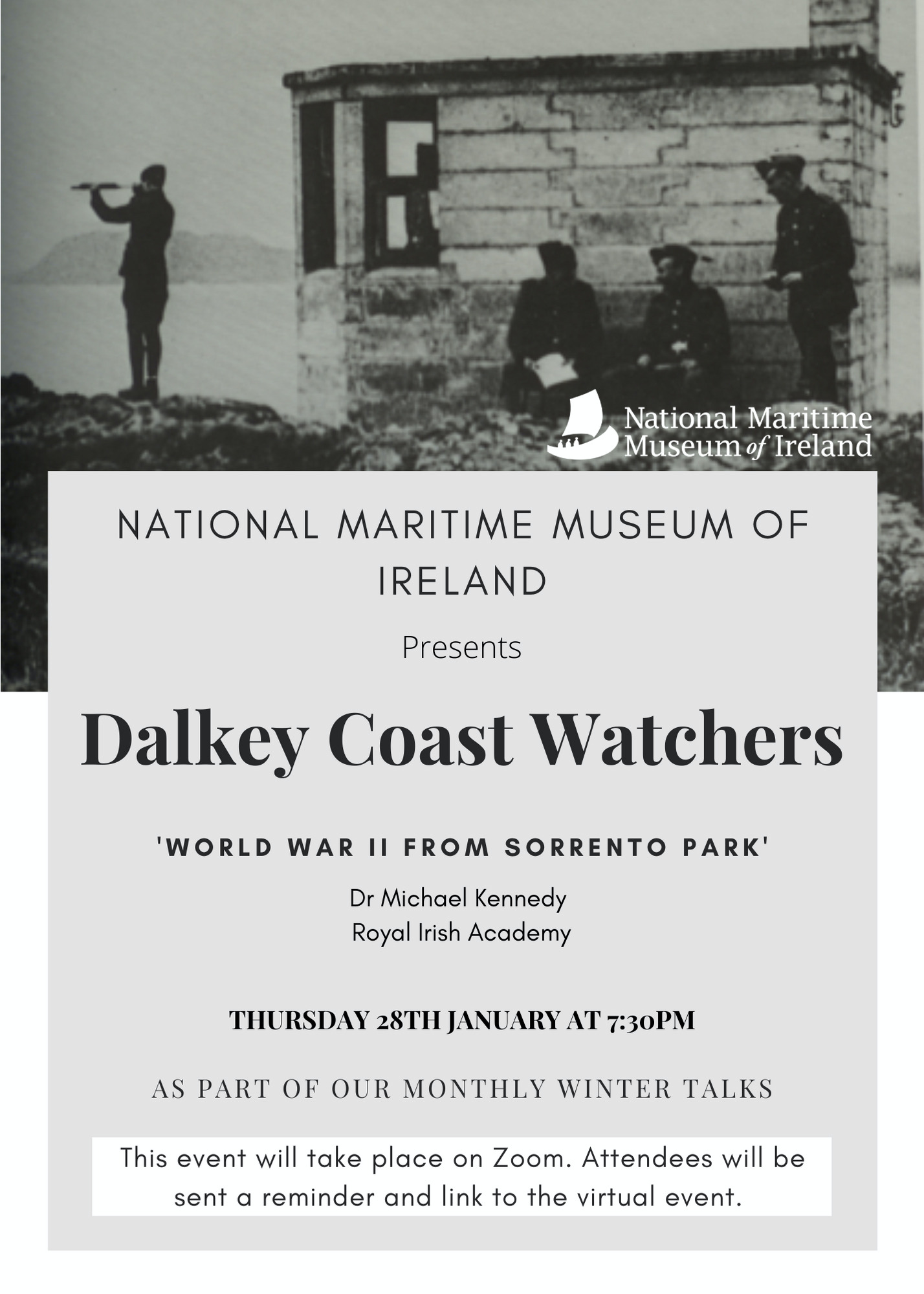 Come along to what will be a fascinating talk. From 1939 to 1945 neutral Ireland was on the front line of the Second World War. From their Look Out Post near Sorrento Park in Dalkey, the soldiers kept watch on the conflict around them, logging and reporting a world at war at sea and in the air.

Eighty years ago the seas and skies off Dublin were war zones. The restored whitewashed second world war ‘ÉIRE sign’ at Hawk Cliff in Dalkey reminds us that from 1939 to 1945 neutral Ireland was on the front line of the Second World War. From their Look Out Post in nearby Sorrento Park in Dalkey the soldiers who built the sign at Hawk Cliff kept watch on the conflict around them. They logged and reported a world at war at sea and in the air.

From suspicious activity on Vico Road and Killiney Beach, to heavy bombers entering Irish airspace, naval vessels in action on the horizon and the North Strand Bombing in May 1941 the records of LOP 7 in Sorrento Park, Dalkey provide a unique insight into wartime Ireland. Using these records, this talk will mix local, national and international history to show just how close to Dublin the Second World War really was.

Dr Michael Kennedy is the Executive Editor of the Royal Irish Academy’s Documents on Irish Foreign Policy (DIFP) series. In addition to editing twelve volumes of DIFP he has published widely for over twenty-five years on Irish diplomatic, political and military history. His most recent books include:

Ireland: A voice amongst the nations (with Dr John Gibney and Dr Kate O’Malley) (2019)

Ireland, the United Nations and the Congo (with Comdt Art Magennis) (2014).

Michael also appears on radio and television and talks regularly to a wide variety of audiences on aspects of modern Irish history. He has recently been involved with groups around the Irish coast seeking to discover the histories of their local units of the Defence Forces Second World War Marine and Coastwatching Service.